LITTERED with broken glass, dust and rubble, it is hard to remember what a popular Newport swimming pool was once like.

Even the smell of chlorine has disappeared.

But Maindee Baths are set for a whole new lease of life after a local couple bought the building for £56,000.

Hit by vandalism and the 25m pool completely gutted by fire, the Grade II listed building will be transformed into a focal point for the community.

Kay and Gary Gassor, who run the Martial Arts and Fitness Centre on the nearby Chepstow Road, bought the pool in December for the use of the community.

The couple, who have provisionally called it the Maindee Baths Project, has not decided exactly how the building will be used because they want ideas from the community.

They will set up a committee to discuss the ideas and look into grants and charitable status. 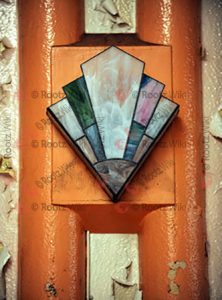 Mrs Gassor, 48, said: “We recognised it was at the forefront of the community and wanted to do something for the community which has always supported us.”

“Everybody wanted it back so we want advice from everybody,” she added.

The couple said they want it to be used by everyone across the board and not just one specific group.

Mrs Gassor said: “We can see that Maindee is dying. Friends of ours have had to close their businesses and we need to bring people back into Maindee.”

The couple said there are few places in Maindee for children to play and that this building will be something creative for them to go to instead of hanging out on street corners.

But the couple know they have a hard task ahead of them.

The front desk chairs and changing room signs may still be there, but the building, complete with smoke damage, is a long way from how the couple remembers it.

Mr and Mrs Gassor, who have three grown-up children, have memories of taking their children swimming there.

Mrs Gassor herself remembers learning to swim at the Baths when she was about five-years-old while her husband, who has been teaching martial arts for more than 30 years, started his teaching there in the early 1990s. 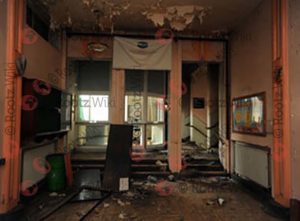 Mr and Mrs Gassor are in the process of setting up a website for the project.

* The Victoria Avenue building was closed by Newport City Council in December 2005 when it became clear it would cost millions of pounds to restore.

It was bought at auction in May 2008 by someone else but was put back on the market 18 months later when he was not able to fulfil his plans.

Mr and Mrs Gassor bought the property at an auction in Cardiff on December 3, 2009.

You can login to all our network of websites with one username.